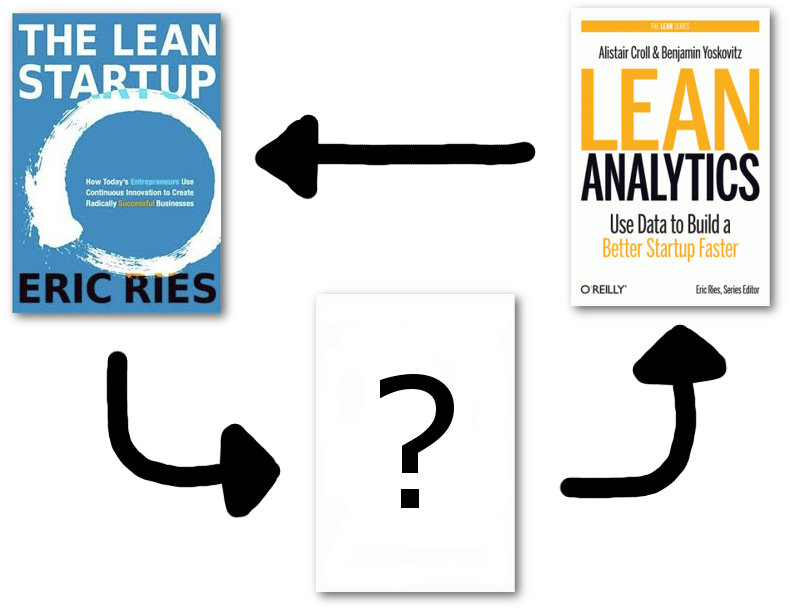 The Lean Startup movement has undeniably had a massive impact on the startup world as a whole, and it has especially been felt by us here at Sendwithus. In the early days of Sendwithus, adopting lean methods for customer development and lean analytics techniques for data decisions was incredibly important to how we validated our ideas. These philosophies are now embedded in our entire team and continue to shape our company.

Today I want to share one aspect of our “lean product” process. We call it lean product feedback, and it’s how we close the loop between customer development and analytics.

When it was just Brad and myself building the Sendwithus product, we made extensive use of the “button to nowhere” technique. Essentially, if we were contemplating adding a new report feature, instead of actually coding it up, we would add a new button that hinted at the feature. When a user clicked the button, instead of the expected action happening, a window would pop up announcing that the feature was still under development and inviting the user to give feedback. Alistair Croll of Lean Analytics has a great blog post discussing this technique.

Over time we validated different feature ideas (and axed other ones!). While we’ve progressed beyond the “buttons to nowhere” technique, this doesn’t mean we can’t be smart about what we build. The next step was to build a “minimum viable feature”; a lightweight version of the feature designed to provide most of the expected functionality and get it in front of expectant customers quickly. This served as our second round of validation – making sure the full feature would see real use.

How We Get Feedback

After all this build-up, what’s our secret? Essentially, when we built out our minimum viable features, we added a trigger that fired whenever a user ran the feature. The trigger would send us a simple email, with the name of the feature, the customer’s unique identifier, and some contextual data about the feature (like the report name).

This may sound very simple but it’s incredibly powerful. With very little effort, we had near real-time data about which customers were using what features. Every time we launched a new feature, Brad and I would anxiously monitor our inboxes to see if customers were using it. This meant that we could iterate on a feature and receive feedback with minutes.

Over time, emails from a particular feature would become annoying, and we’d know it’s time to remove that event trigger. By searching my inbox, I can quickly estimate how many customers are using a feature every day or identify a feature that sees little use. One of the first real surprises we had was when we added a “user invite” form, allowing customers to invite coworkers to collaborate on their Sendwithus account.

The form was an afterthought – we had added backend support for it after selling a few customers on it – but we soon found that almost every new signup was finding the form, hidden in an account page, and inviting coworkers. Getting this feedback immediately allowed us to quickly iterate and make this a core part of the onboarding experience, with awesome results. Signups who invite a co-worker now have a significantly higher close rate.

Scaling with the Team

One of the most interesting aspects of this technique has been its impact as the team has scaled up. It’s not just Brad and me building product anymore, but we still use the same technique on every new feature developed. We noticed that new team members receive nearly instantaneous and very public (within the team) feedback that an actual customer is using something they’ve just built. This flood of emails is incredibly motivating and rewarding, and something that the entire team can celebrate.

If a feature doesn’t see much usage, it’s not seen as a negative sign. We’ve already validated it through customer development, so it means we just need to iterate on how it’s presented. Finally, team discussions on features are never subjective. We have an intuitive sense from our inboxes on how much usage a feature sees and it only takes a quick search to back it up with data.

I can see that in the future we might outgrow this feedback mechanism, but it’s still proving to be incredibly valuable.

We’re still huge believers in using lean methodologies for customer development and lean analytics for backing that up, but to us, this feedback model is critical to making quick iterations on our product. Considering the amount of effort required (minimal), I definitely think it’s something more companies could be making use of.

I’d love to hear how other people get feedback on a product (both subjective and objective methods). I believe that our processes and methodologies should be iterated on just as much as a product.